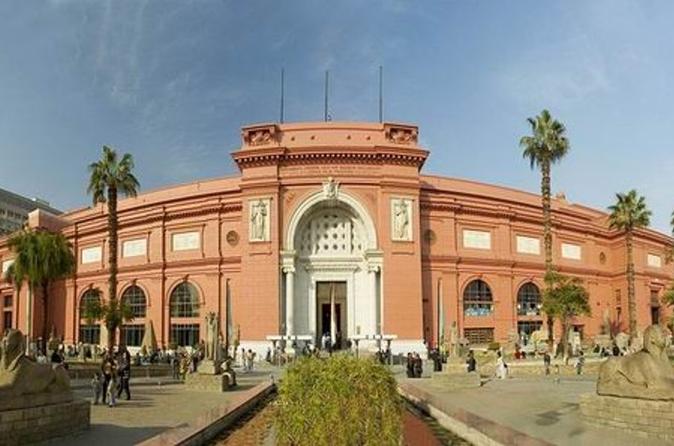 Explore the ancient Egyptian city, the Islamic part and the Coptic, Old city. Get lost in time, and visit the Egyptian museum that display thousands of ancient artifacts such as the Golden mask of Tutankhamen.

Your professional guide will pick you up from your hotel in Cairo with a private car. The first stop will be a visit to the Egyptian Museum, which has the most sophisticated monuments the world had ever known, and a room for the king Tut Ankh Amon Luxury collection and his beautiful mask. You will then move onto visit the old Cairo. Starting with almost 1300 years old of ancient Islamic empire starting with the concord of Amro Ebn El Aase the first warrior that ever concord Egypt during the Coptic empire, that he has built the biggest mosque in history. Egypt was then Concorde by Salah El din building the great army citadel for the protection of Egypt, years later the Turkish empire with Sultan Mohamed Ali built his known mosque with its famous great architect that is one of the best in the world today.

The next stop is Sultan Hassan Mosque and Al –Refahi Mosque. As every sultan back on time used to build a school and a mosque and a tomb.
During the tour you will also stop to see the Coptic old town churches and where Jesus family was to escape when they run away from the Jewish to hide in Egypt, including the well known hanging church.

Then you will head to the biggest Bazaar in the Middle East Khan El –Khalili Bazar where you will be transported back in time to an old Arab souk. Put your haggling skills to the test when buying statues, spices, souvenirs, silver jewelry, t-shirts, galabiyyas, belly dancing costumes, or anything for that matter. Then you can discover the Egyptian food test with the -Koshary- which is very delicious and tasty. This is where the tour will end and your private car will take you back to the hotel.

Explore the ancient Egyptian city, the Islamic part and the Coptic, Old city. Get lost in time, and visit the Egyptian museum that display thousands of ancient artifacts such as the Golden mask of Tutankhamen.