4 Days Cairo Stop Over With a Private Guide 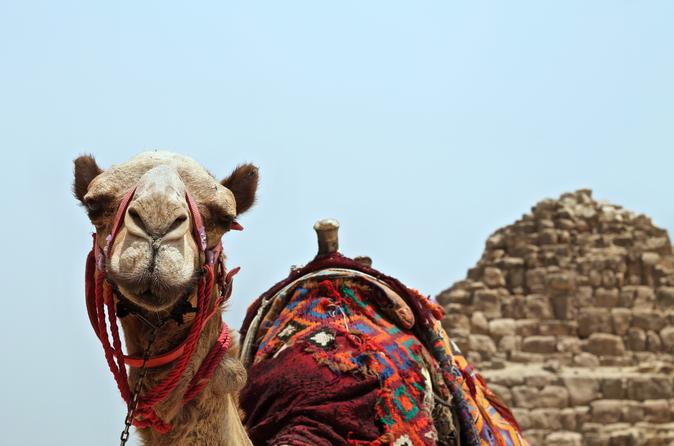 Enjoy Our Journey to the heart of Egypt ,that takes you over 7000 years back in time

DAY 1 - Exciting Cairo
After arrival to Cairo international airport you will be picked up by our professional driver to your chosen Hotel in Cairo .
The night will be spent in Cairo where you can either relax or take part of the exciting night life that Cairo has to offer.

DAY 2 - Wonders of the World, the Pyramids and the Sphinx
After taking the breakfast  you will be picked up by your English speaking tour guide to visit the Sphinx and the famous pyramids in Giza. Our archaeologist will explain the fascinating history of the ancient Egyptian pharaohs, and then you will pick up to the hotel.

After breakfast Our tour guide will pick you up with a Private car to visit Saqqara Pyramid the first building ever been built in history 7 000 years old back on time, 22 kilo meters west of the great Giza pyramids,related to King Zoser and it’s known with the step pyramid .

When you finish visiting you will be driven to Memphis, that was founded by the pharaoh Menes around 3000 BC. Capital of Egypt during the Old Kingdom, It occupied a strategic position at the mouth of the Nile delta, and was home to feverish activity, Memphis thrived as a regional center for commerce, trade, and religion Memphis was believed to be under the protection of the god Ptah,

Then you will be driven to Dahshour Bent pyramid and the famous  RED PYRAMID that located in the desert on the west bank of the Nile approximately 40 kilometres (25 mi) south of Cairo.

Day 4 - Visiting the old city
After breakfast our tour guide will pick you up with a Private car to visit old Cairo, Starting with almost 1300 years old of ancient Islamic empire starting with the concord of Amro Ebn El Aase the first warrior that ever concord Egypt during the Coptic empire, that he has built the biggest mosque in history.
And then Egypt was Concorde by Salah El din building the great army citadel for the protaction of Egypt, years later the Turkish empire with Sultan Mohamed Ali built his known mosque with its famous great architect that is one of the best in the world today, then you will head to Sultan Hassan Mosque and Al –Refahi Mosque
During the tour you will also stop to see the Coptic old town churches and where Jesus family was to escape when they run away from the Jewish to hide in Egypt.
Including the well known hanging church.

Then you will head to the biggest Bazaar in the Middle East Khan El –Khalili Bazar.
Where the tour will end and your private car will take you back to the Hotel

Enjoy Our Journey to the heart of Egypt ,that takes you over 7000 years back in time